You holiday could not be perfect without the Spina Colada under the smiling sun as you lie on the beach with your mobile phone in hand. A maximum available prize of £400,000 could not be something you can ignore, this could be the online fun bit of your escape.

This holiday themed video slots game comes with 5 reels and 3 rows of fun filled symbols with some tempting multipliers hanging just above each of the reels. The minimum bet per line is £0.01 but you can go to a maximum bet of £125 if it is your lucky day. There are 25 paylines to play on, at a theoretical RTP of 96.3% and a volatility of 57.

The Spina Colada Wild would stand for any other symbol in making up a winning combination in this holiday themed video slots game. 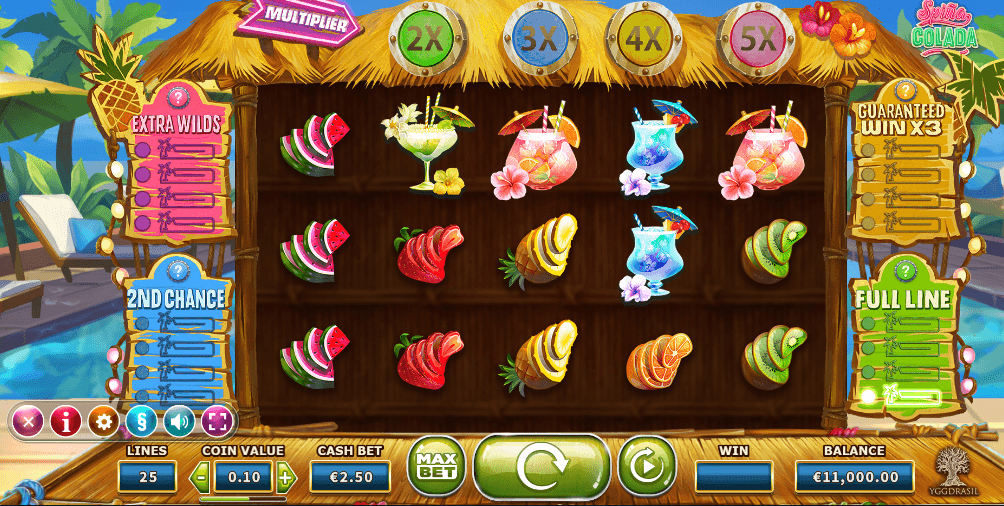 What holiday would be perfect without some extra features? Spina Colada comes with some impressive features that rewards you to make it a spin to remember.

Freeze Feature is there to award you additional chances to land a winning combination. When 3 identical symbols appear they will freeze and a respin will be awarded. Respins will continue as long as you land more frozen symbols. If any other symbols make a winning combination during the Freeze Feature, they will be awarded as Side Wins but the frozen symbols will continue to offer you free spins until no more symbols appear. If 2 or more symbols qualify for Freeze Feature, the highest value symbol will be chosen.

Column Multiplier is there to make your win even bigger. Fill the columns with the frozen symbols as you play, and the associated multiplier will be awarded.

In the Second Chance feature, after your first spin, 1 or 2 winning symbols will be added to the reels to give you a win. If there is a winning combination then a frozen symbol will be added so that you would get a respin.

Or it could be the Full Line feature where 5 identical symbols will be added to a payline giving you a 5 of a kind win.

The 3rd feature is the Extra Wild Feature in which 1 or 2 Wilds are added to the reels creating a higher chance of a win in this online video slots game. Guaranteed Win X3 is the 4th feature. Here you will be awarded respins until a winning combination occurs, and the frozen symbol win awards you a multiplier of 3x. You can win up to a maximum multiplier of 15x during this feature. 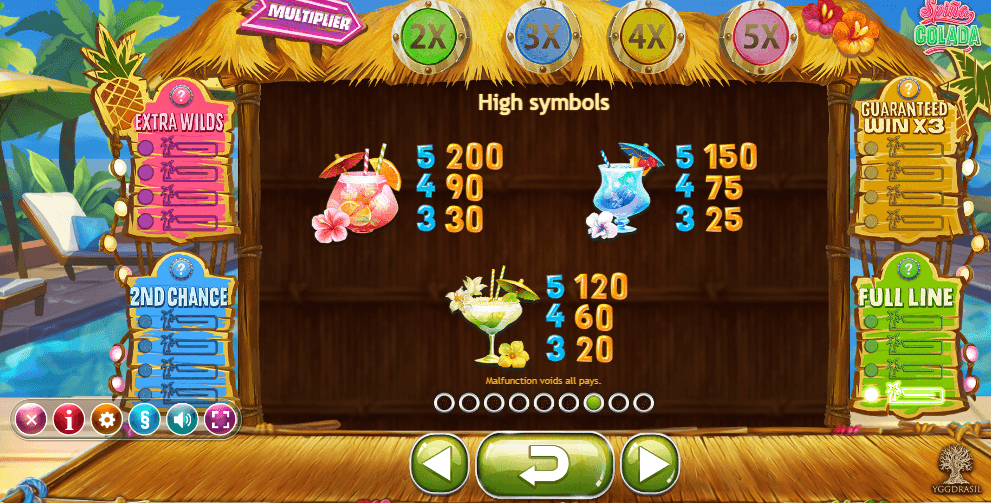 Yggdrasil Gaming is the creator of this holiday slots game released on June 22, 2017 that comes with many features that you would fall in love with. Yggdrasil Gaming has extensive experience in online casino gaming and they have created some of the most loved games in the market today including Tut’s Twister slot which was released in June of 2018. You are invited to explore GiantCasino to find many other Yggdrasil slots.