Burrow into the earth with Gem Rocks online video slot to find many chances to win real money and exciting features that you will be saying literally ‘rocks’. The reels are encased into the side of a rock with a rock monster meter tracking each win. High to medium value symbols are all rocks and include a red star, a yellow moon, an emerald gem, and a blue diamond. The Monster Rock acts somewhat like a wild to replace symbols for wins. Lower value symbols are of a grey triangle gem, a green square, a purple diamond, and an orange x. The 3D graphics are beautiful and the creative animations, such as when the monster rock drops down, further immerses you into the stone age environment. Dramatic background music soothingly plays in the background and contrasts nicely with the harsher sound effects of rocks falling and exploding for wins and spins. You can become a rock star at GIANT Casino, as spinning the reels of Gem Rocks online slot lets you chip away at potential major rewards. 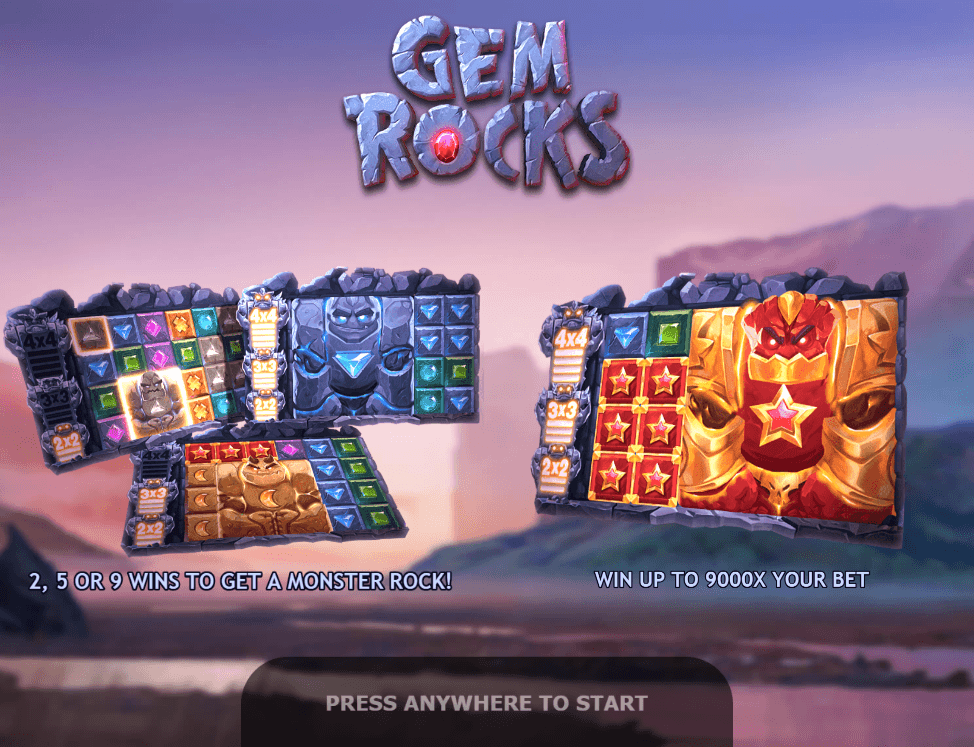 Gem Rocks slot game has a straightforward, fun, and easy gameplay and features. With 6 reels, 4 wager rows, and an amazing 4,096 ways to win, you may actually feel like you are ‘crushing it’. The ‘Drop down’ wins feature causes any winning formations to explode and more symbols to fall into the empty space left. This has the exciting potential to award multiple wins on a single spin.

Gem Rocks slot has a versatile betting range from 10p to £50. If you want a break to listen to your favourite ‘Rock’ song, set the AutoPlay for 10 to 100 uninterrupted spins.

You can even take Gem Rocks online to the rock concert as it is fully compatible as a mobile slot as well as on tablet and desktop. With rocks this pretty, you can call it glam rock. 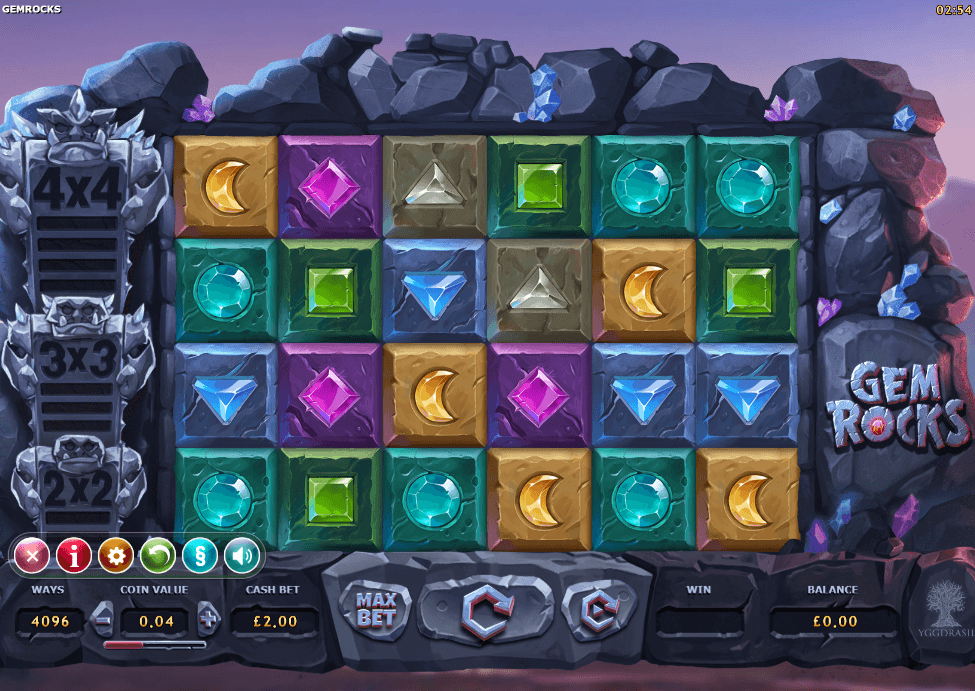 As the Free Spins technically come from any wins, with the dropdown feature, a certain number of consecutive wins will trigger the ‘Gem Rock Feature’. Beside the reels is a 3-level meter. For 2 consecutive wins a 2x2 rock drops down for greater winning combinations, 5 back-to-back wins awards a 3x3 rock, and 9 consecutive wins awards a massive and exciting 4x4 rock. This feature creates many opportunities for major payouts since the larger the rock that drops, the larger the winning gap for more symbols to fall from above and potentially create more wins on only 1 spin. 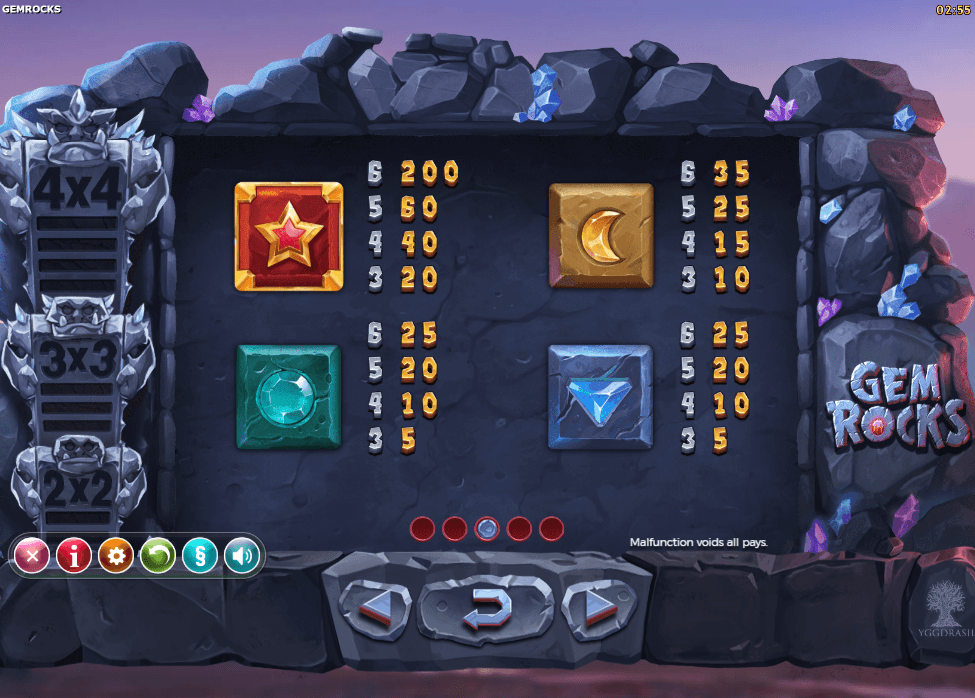 Many players of online casino UK have likely praised Yggdrasil for creating innovative titles that ‘rock’ and not just for their Gem Rocks online slot. Yggdrasil continually impresses with among the most beautiful and creative graphics in the industry while simultaneous engaging players with unique gameplay and exciting bonuses. If you loved the rock theme, definitely check out their other creation ‘Easter Island’ available to play at GIANTCasino.com as well as the Norse themed ‘Vikings go Berserk’ and ‘ThunderStruck II’.

With a drop down feature for multiple wins on single spins as well as generous rewards for consecutive wins, Gem Rocks slot has a theoretical RTP of 96.2%.